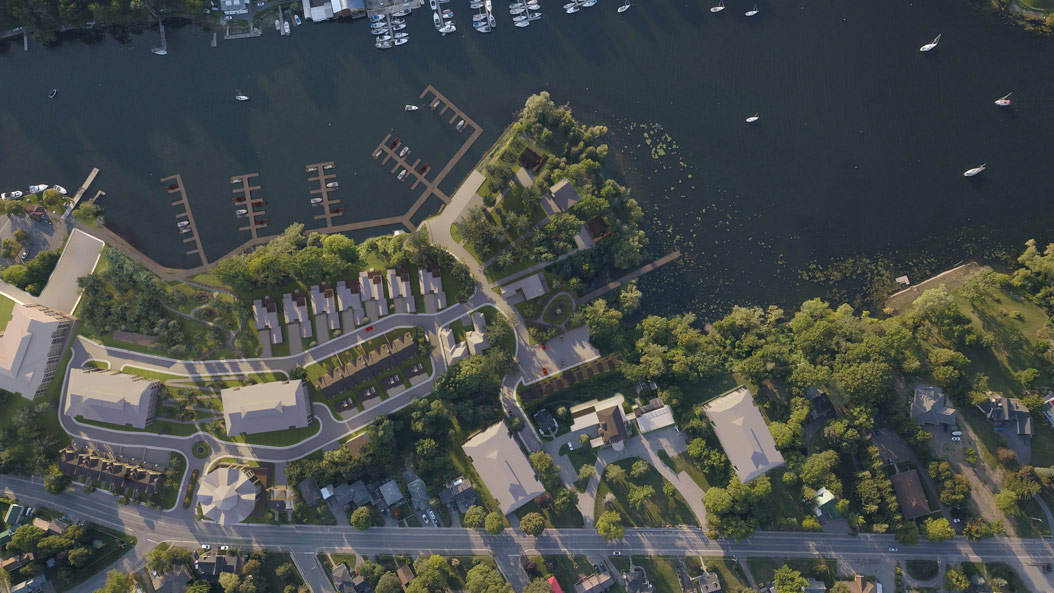 Many younger men and women are said to be looking east for strong returns. In Prince Edward County, the average residential sale price for April — $361,848 — jumped 6.6 per cent year-over-year, reports the Quinte & District Association of Realtors.

“I see Prince Edward County as the new hot spot for the next generation of cottage-lifestyle seekers,” says Tom Storey of Royal Lepage Signature Realty in Toronto. “I know millennials who have uprooted their lives and are building their own Airbnb businesses in houses they bought. The County is a lot less expensive than places like Muskoka, and it’s full of properties to rent out when you’re not using them.”

Recently enacted rent-control measures in Toronto are another factor, he adds. “Clients whose rent increases are locked in at 1.8 per cent a year have this amazing city lifestyle. So, instead of buying in the expensive city, they are looking outside it.”

Port Picton Homes is among the developers aiming to draw urbanites of any age. Now fully submitted to the County of Prince Edward, a draft-plan for the company’s namesake community is expected to be approved in August, owner David Cleave says, with sales starting this summer and construction beginning sometime in the fall of 2020.

Set amid two swathes of parkland, Port Picton’s 300 units will encompass single-family homes and mid-rise condominiums along the western shores of picturesque Picton Harbour. The now-defunct Claramount Inn and Spa, meanwhile, is to be transformed into a central clubhouse with restaurants, a wellness and fitness centre, pool, tennis and pickleball courts, all fronted by harbour docks.

“We have this wonderful jewel of a protected harbor, which is deep enough to accommodate big boats with heavy keels,” Cleave says. “That’s why it has always been a shipping port, and that’s why it’s so close to downtown Picton.”

Connecting to Port Picton via a boardwalk, the town’s core “is exploding into this agritourism hotspot,” he adds. “At the same, there are more and more baby boomers leaving Toronto, Ottawa and Montreal, so we need more housing. And with residential prices growing at 12 to 15 per cent per year, it wouldn’t be your worst move to invest in Port Picton.”